Way back in February we celebrated International Mother Language Day round these parts. And because I work at a branch that has materials for kids in six different languages I felt it was my duty to try out some of these languages in storytime. Now it’s May which means February was basically last week and I’m finally getting around to writing it up. I thought it might be more useful to talk about how I went about planning it rather than just tell you all what I did,  hope you agree! (Though if you’re all about the storytime outline our pal Danielle and her colleague Shanshan Hui published an awesome Mandarin/English storytime in Winter 2013 YAACing.) Still with me? Ok, onto the planning!

When I decided to put together a multilingual storytime I had been with my storytime crowd for a couple months. I’d had a chance to suss out which languages families were speaking at home and therefore might lend a vocal hand during a program- I don’t think there’s any shame in being strategic. I also had to think about my capabilities: I love trying out new languages but I mostly limp by with English and some French. The nice thing is though when you share your own culture (even haltingly) it invites the crowd to stay awhile and play with language.

My favourite place to look for songs and rhymes in other languages  is Burnaby Public Library’s Embracing Diversity Project which features words and videos in fifteen languages. They even have the option for people to upload their own which makes their Vimeo Channel beyond awesome. The songs which I ended up choosing were Paa, Tuhod, Balikat, Ulo (Feet, Knees, Shoulders, Head) in Tagalog or Filipino and Liăng Zhī Lăo Hŭ  (Two Tigers) in Mandarin. Our colleague Jon Scop shared this last song at our Guerrilla Storytime as one he uses to draw distant or chatty caregivers back into his programs, because they know ALL the words. For my hello and goodbye song I used  Clap Everybody and Say Hello/Nihao to get us warmed up and trying out some Mandarin. You can find even more multilingual songs and rhymes at CLEL StoryBlocks and Mama Lisa’s World.

In my search for books I first thought about using books like Chris Raschka’s Yo! Yes? or Ah Ha! by Jeff Mack or even one of my favourite wordless books to talk about the universality of sounds and language. I also wondered about bilingual books but found it difficult to find ones which worked in storytime on such short notice. I did however come across this amazing post all about bilingual storytimes which has great tips for sharing texts in more than one language and given more time I’d love to give it a try. In the end I admittedly chose books which I knew and loved and asked questions as we went along like “how do you say alligator in your language?” and “what sound do they make?”  You can also check out our Bilingual Storytime Guide for tons of resources. 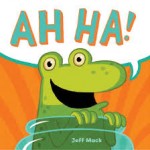