In January we put a call out for Canadian Youth Services Library content and we have been overjoyed at the response! This post is the sixth in our guest post series highlighting the amazing work being done in Canadian libraries to serve children and families. Join us as guest blogger this week Rebecca Mastromattei, Library Clerk at Canmore Public Library describes her journey from Storytime Quiverer to Storytime Queen! For honest writing and useful tips, read on Dear Reader… 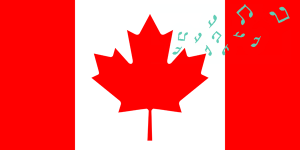 Canmore, Alberta has been described as a “special town” to me by more than one person who lives here. We are nestled in a valley, surrounded by towering mountains on either side; our town is particularly transient, especially being so close to Banff. The thing that strikes me the most about Canmore is the community. I see a few new faces occasionally at our storytime programs but mostly there is a core group that attends each week. They come and meet up with fellow moms and dads and kids because this time is ingrained into their schedules and when someone doesn’t come for a few weeks you are usually given a long apology and explanation as to why we didn’t see them. You begin to look forward to certain kids or parents and you miss them in a weird sort of way when they are suddenly gone. The library has recently moved from a much smaller facility to Elevation Place, a sort of all in one rec centre in town. The library shares this space with an art studio, a pool, climbing wall, gym and rooms that are rented out for everything from exercise classes, to business meetings, to children’s birthday parties. This has made the library a meet up place for people, a safe haven for some or even just a warm spot to sit and read on a dreary day. Since moving into Elevation Place the library went from a frequented establishment to a staple in the community. 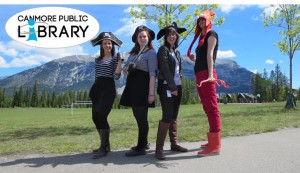 I’ve worked at this library for almost two years now and it is my first job out of school where I received my diploma in Library and Information Technology. I run the Preschool Storytime at the Canmore Public Library and this is the second storytime that I have ever been in charge of. My first stab at running a children’s storytime was Wiggletime, a program for kids who are just beginning to walk and their caregivers. I cannot even begin to explain how humiliating this experience was but in an effort to support other storytimers, I’m going to try. We run our programs for about 30 minutes and my first session was twelve minutes long. Twelve minutes!! I took over the program from another staff member who really needed a break from this age group (something I am sure many of you can relate to) which meant she really wasn’t too interested in talking logistics with me. When I spoke to other storytime leaders they all had very polarizing opinions on how to run my first storytime; to say I was nervous on my first day would be a huge understatement. My Assistant Director came into the storytime with me to sit and watch, when I left I heard her thanking everyone for their patience with me as I was just learning and promising that next week would be better. I cried as I cleaned the bubbles out of the bubble gun that day. But then I made myself go back into that room with the moms still in there and I chatted with them as I cleaned up the program. They were kind to me (as I probably had tears and bubble stains on my dress) and I decided to learn from the experience and move on. I wasn’t going to let this one storytime get the better of me.

The next week I began practicing the entire program with my Assistant Director (she very kindly let me do this for several weeks!) We would practice songs and their actions together, the stories I was going to read, even the little things I would say in-between songs and stories. I learned that, for me, this was what I had to do to be comfortable before Wiggletime. But I was still finding it tough; I was 22 and obviously much younger than the parents coming to my storytime (if not in age, then definitely in maturity- I was just out of school and do not have children of my own) and I could not get or keep the caregiver’s attention! I would ask them to stand up and they would sit and stare at me, they would chat over top of my program and they would complain to me if they felt I had gone too short. It became so uncomfortable; another parent came up to me and told me it was time to do something because it was starting to affect her experience. That was upsetting to hear because I thought only I noticed that I was floundering but to have a participant tell me I had to figure out a way to earn their respect made me feel less crazy, but mostly it just made me feel like a failure. I couldn’t even keep the attention of people who had chosen to come to the program. I enlisted the help of another co-worker who has done several of her own storytimes over the years to help me; she came to a program and when we were done she said to me “I’ve never seen it so bad before.” A part of me felt relief, while the other part was screaming into a pillow. I had been looking forward to having my own storytime all the way through school, I finally had one and I was trying to figure out how to get out of it! My co-worker continued to attend storytime for the rest of the session: she watched how I was performing and gave me incredible tips, she showed me how to stand, sit and speak in a way that showed everyone (including myself) that I was in control of the room and she helped me by speaking to the pesky chatters directly. What helped me the most was she showed me that what was happening wasn’t my fault. 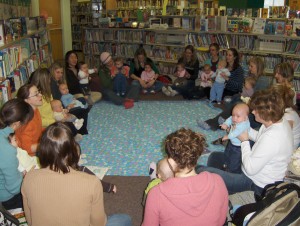 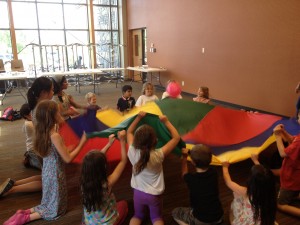 After the session ended I still asked to be taken off of Wiggletime but I wasn’t so desperate to stop storytimes altogether. My wonderful Assistant Director gave me the age group I desperately wanted: preschoolers and I took what I had learned from my Wiggletime fiasco (the only time ‘fiasco’ and the word ‘wiggle’ will be seen together) and I applied it to this new age group. I started to see why Wiggletime hadn’t worked for me and in large part it was my comfort and capability with younger kids. Although I originally went into libraries to work with children I found I didn’t know how best to interact with the much younger lot, something that I am seeing can only be truly learned with practice, which now I am getting a lot of.

Preschool Storytime has been incredible! I don’t dread storytime days anymore, I don’t have to practice everything I’m going to say anymore, I’ve learned more about the right and wrong ways to talk with kids and I have learned about “magic listening dust” which has been a lifesaver with kids and adults alike. Quick aside: you just tell them “it looks like we need some of our magic listening dust! Dig deep deeeeep into your pockets and sprinkle it on your head! Good job! Now make sure you scoop it up for later!” Its success rate is kind of crazy! I have now learned how to go with the flow so I can quickly opt out of a jumping song I had planned if I see they aren’t in the mood and replace it with something more appropriate. A lot of this comfort and flexibility came from creating a repertoire of songs and stories that I knew and liked, which we have to remind ourselves can take time. I can speak up now and say “I need you to stop talking please” with a lot more confidence (to the children, parents are my next battle to conquer) and I have learned how to have fun in a storytime in the way I always dreamed of when I was in school.

So despite the stress and sweat stains Wiggletime gave me, it also taught me a lot about programming, children, performing and most of all myself. I now look back on that time with a touch of relief it’s over but also a fondness because I have come so far since those early days of practicing my anecdotes in the mirror.

1. Asking for help does not mean you don’t know how to do something

2. Find the best method that works for your prep and do that until it doesn’t work anymore. Like I said for me it was over preparing and a big part of that was sitting on the Jbrary site and YouTube page and singing the songs along with them.

3. Find your storytime voice! You are in charge in that room and you are the one dictating the next 30 minutes

4. Sometimes you get a group that challenges you to use a new set of skills; whether it’s speaking louder, having difficult conversations with people or literally just teaching you how to smile and get through the next few weeks of your program. Take this for what it is: a learning tool, you might not understand the purpose of this challenge now but one day you will be grateful for what you’ve learned and how you let it help you grow instead of letting it knock you down.

5. If you’re new to storytimes and a little nervous maybe request an older age group

6. If you are finding it tough I say talk it out with someone you are comfortable with (perhaps someone whose storytime style you admire) but stick with it. If you let it get the better of you, it will and you will never come to see what a hoot it really can be! OR ask someone to sit in on your storytime with you, it is always WAY more fun to be singing and playing with someone else and it’s a really simple way to get a bit of confidence without being the centre of attention for the entire program. I sat in on other people’s storytimes and I really attribute that to me finding my “storytime voice.”